For the past five years we have been working to reclaim some of what was once pasture in the back of the house.  My father always referred to it as the back forty and the name has stuck.  The above photo is a panoramic taken last year at the end of burn season.  We have been picking a spot to clear and burn every winter and work towards that when there isn’t a lot of snow.

This photo is directed towards the back forty and was taken in 2007.  It was completely overgrown with ash, cherry and grapevines.  With the help of family and friends we have been working on restoring a view from the lawn. 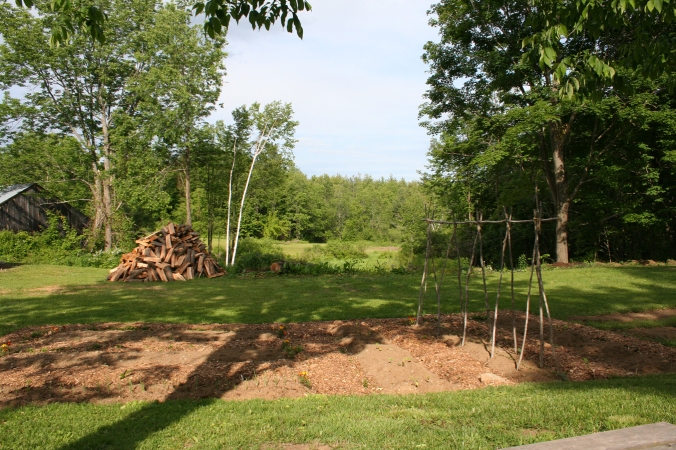 In 2009 we achieved an opening and I was thrilled to sit in the adirondack chairs and get a glimpse of the back pasture.  We continued to clear and burn.  Finally in 2011 this was the view we had. 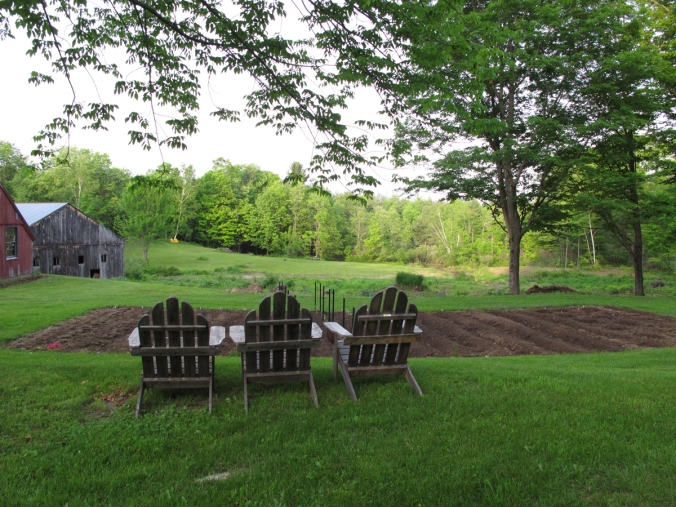 The project continues.  We have reached the stone wall to the south and also to the north although they need to be cleared of smaller trees and bittersweet, a project in itself, as well as freshening up the stonewalls where the stones have fallen to the ground.  At some point we would like to see Adams Mountain again as they once could. 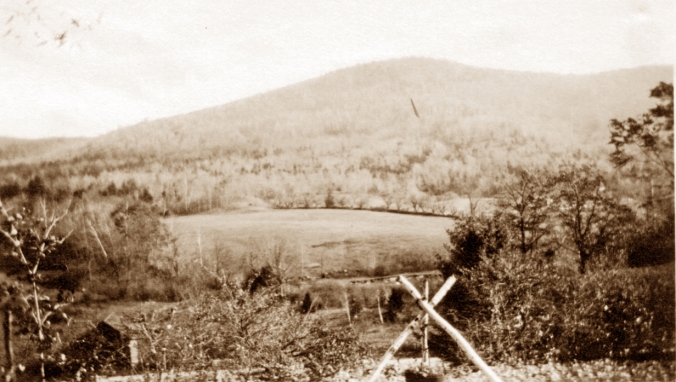 View of Adams Mountain from the back forty taken about 1885.