Monday, October 26th we took off to get some things finished
and it ended up being quite the productive day for the boys.
After putting a new bumper on Mike’s truck they  came in and
put the last coat of paint on the ceiling.

They then took the trailer, trucks, splitter and chainsaws down
to Florence’s house to take out one of a number of dead trees.

I love watching these guys work – especially doing wood.  It’s
an amazing cooperative effort and they just seem to know
what to do without really talking to each other. 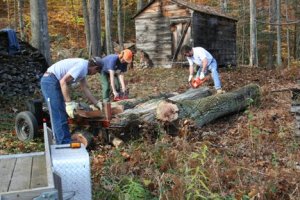 Bill hit a rock with his chainsaw and was trying to salvage
the chain – but ended up not using it for the rest of the afternoon. 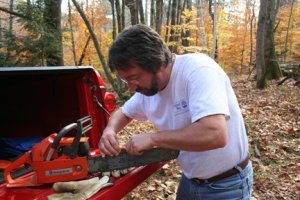 The beer is always flowing though – nothing like using dangerous
equipment when you’re drinking.
I think that’s the woodsman’s way. 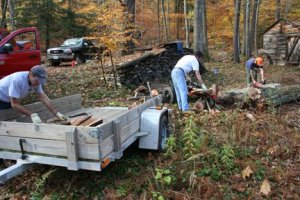 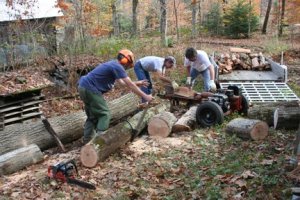 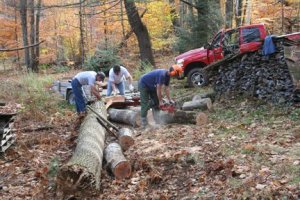 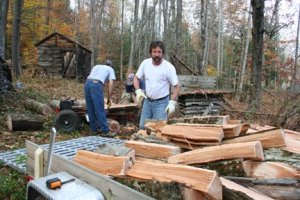 I’m tired just looking at the pictures.  It was a beautiful day and
the only issue was getting out of the woods with the mud
and a loaded trailer. 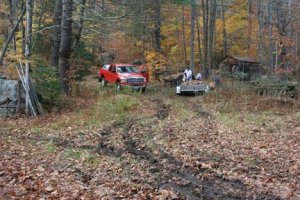 But with Florence’s direction and dog tired determination
they got out on the first try. 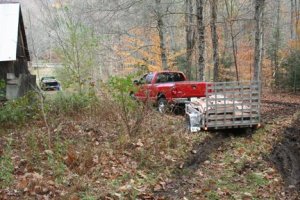 One thought on “One Busy Day”