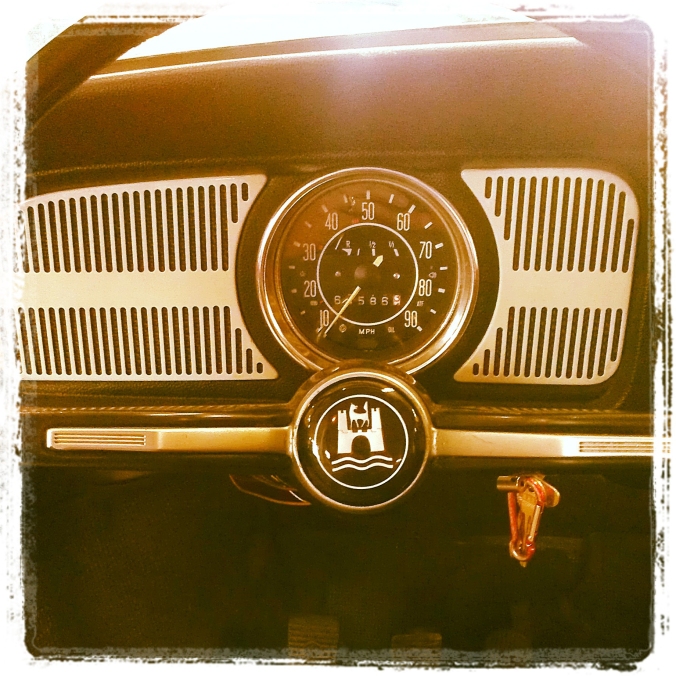 Oh the memories involved with this car.  I came into work today and there is a 1969 VW Beetle in one of the flat bays – no rust.

I can’t express how seeing one of these cars now makes me feel.  This was the car I learned to drive in.  I had one each of a rainbow of colors – black, red, yellow, light blue.  This was the car that Tim and I pulled the engine out by ourselves and rebuilt it using a book call How to Keep your Volkswagen Alive: A Manual of Step-by-Step Procedures for the Complete Idiot.  We dropped the engine in the driveway and lifted the car off of it and rolled it away.  I learned a lot doing that project (not that VW’s were tremendously complicated cars).

When they come into the shop I sit in them and remember really what a lousy car they were.  The shifters are wonky, the gas tank basically sits in your lap, the windshield is right in your face.  In the winter you froze because the heat never worked.  I remember using my license to scrape the frost off of the INSIDE of the windshield driving to school in the winter.  BUT they were tanks in the snow.  The engine weighted the back of a rear wheel drive car with large narrow tires.  If you had snows on this baby there was no where you couldn’t drive in a snowstorm (unless the snow was deep enough to hit the undercarriage, I found that out once – a plow it was not). They were hot in the summer, there were triangular side windows to catch a breeze as you drove along.

They are total dogs to drive no matter what the terrain.  My brother had a number of them and talked about a VW drag race he had in Amherst once.  The pedal was to the floor on both cars, flying through the gears.  The excitement of the race only to look at his speedometer at the end of their little track and realize that they never got above 45 mph.  That made me laugh.  If you were watching them race it would be the most boring thing ever but to actually be the driver . . .

After a while my brother became my official repairman.  He had a lot of these cars (some are still on the property).  I broke down on the side of Route 2 in Shelburne on my way to GCC one morning, I knew he had a later class at the same school so I waited for him to come by and pick me up.  He was not happy, but what he was unhappy about is that I didn’t drive it until the car no longer moved.  He liked to see how much damage you could do to the engine and still be able to resurrect it.

These days the only VWs I usually see are in pieces, rusted into the ground so when I see one in such sweet condition I sit in it and reminisce.  Then I remember that it was the adventures I had with those cars not so much what great cars they were. 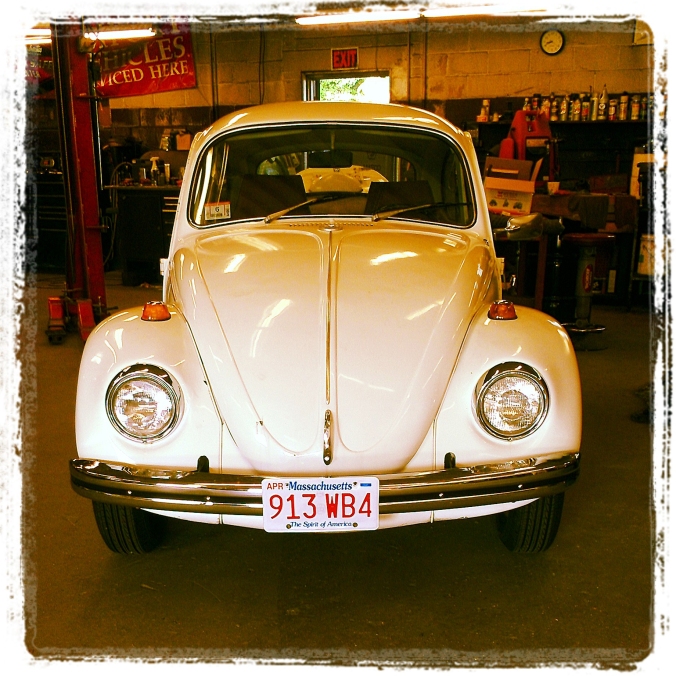