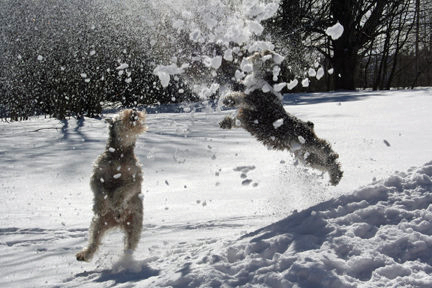 It’s difficult not to love snow when you have dogs that are crazy about it.  Sophie is especially obsessed with it.  I don’t know where it came from or how it started but if she sees you with a shovel she’s there.  This is what she lives for in the winter.

All she wants you to do is throw shovels full of snow into the air so she can jump into it.

And she doesn’t stop.  She will jump and jump every single time. 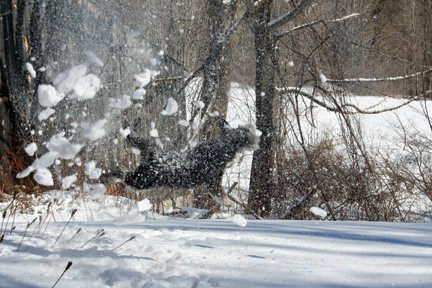 She’s quite the acrobat. 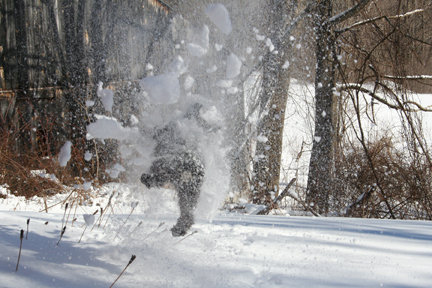 And more entertaining than anything I can possibly think of indoors.

Of course she really appreciates it when we go indoors and there’s a fire in the fireplace.  Unlike Chester, all of the snow sticks to her fur in little snowballs.  She waits in front of the fire until she is standing in a puddle of melted snow.  Now if she would only learn to stand on a towel.

One thought on “Little Dogs and Snow”