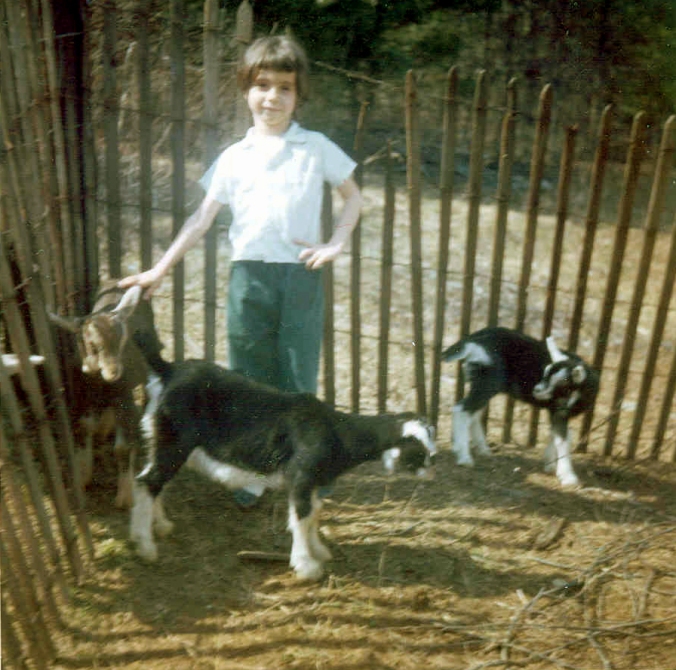 When Linda was born my father asked what we wanted to name her and we thought we would name her after our beloved babysitter.  My father always laughed about how insulted Linda’s father was that we’d named our goat after her.  My mother always said it was because we loved her. 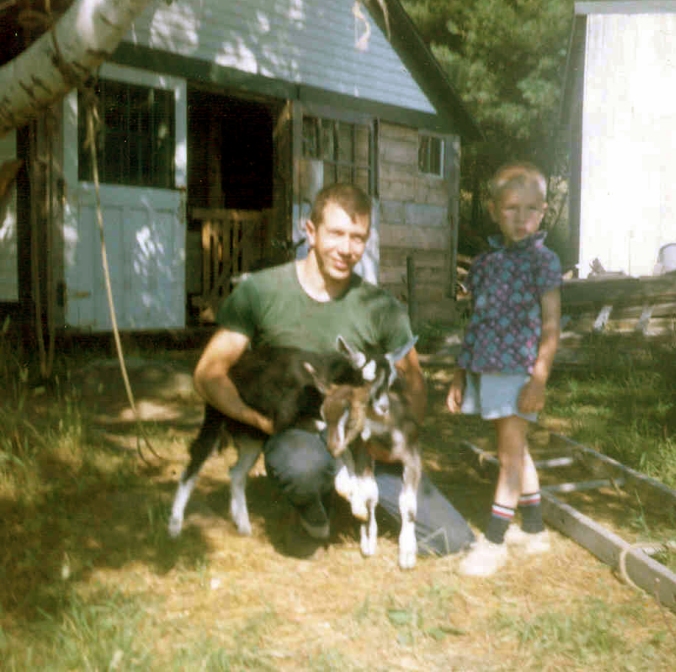 My father loved his goats.  He bought an old barn in another part of town and had it moved to the property on Potter Rd.  A few guys that my father worked with at the plant helped move that building.  The road was a dead end at the time so they had my younger brother hold a traffic flag on the side of the road towards the end – to keep him out of trouble I’m sure.  I think he stood there for a long time.  Dad fit out that building for various animals that we had at the time. 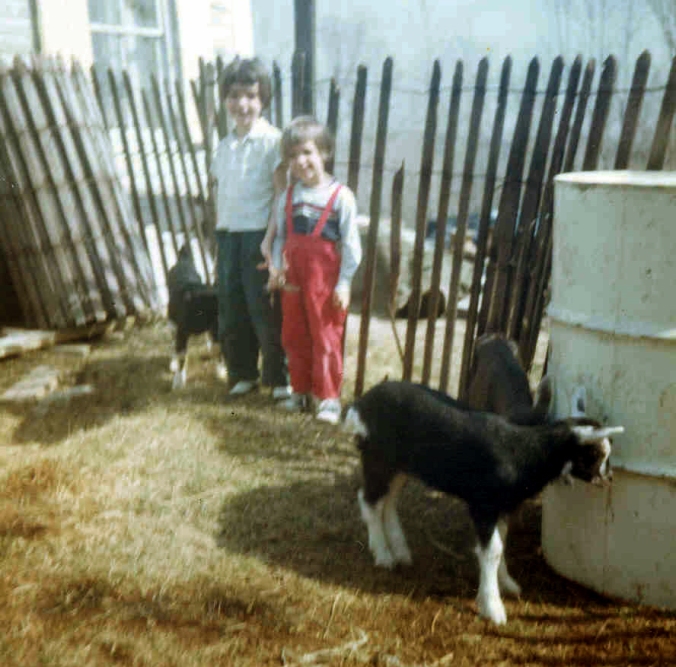 I like the fact that my father was such a resourceful man.  Everything was scrounged from somewhere else.  The ultimate in recycling.  Old snow fence kept the kids in (goats and us apparently). Does anyone remember that fencing?  They used it to cut down on the drifting snow I believe, now they just let it blow.  I’m thinking the barrel in the photo above may have been one he hauled water in during the summer.  We hadn’t yet dug an artesian well on the property so we used a hand dug well with a hand pump (my poor mother). In the summer it went dry and Dad hauled water up to the house in barrels from the Town Hall.  It was almost a year after we moved into that house in Rowe before we had indoor plumbing.  A child’s perspective is so different from an adult’s.  I remember being told that we always had to keep the metal pitcher next to the pump full, it was used to prime it.  On hot days Linda would drink out of it.  The pitcher got stuck on her head one afternoon when the water level was low and she was sipping the last of it.  She wasn’t amused but we certainly were.

We had Linda for many, many years.  We put her in a car we had for the Old Home Day Parade with a sign my mother made that said “Rowe. A Great Place to Raise Kids”.  We played with her like she was a dog.  She would follow us around the pastures she was in. She would rear up and butt you with her head while you were with her, in a playful goat kind of way.   There were friends we had that she liked and some that she didn’t.  If she didn’t like you she would try to pin you against a tree or the barn with her head.

Barnyards have pecking orders and Linda was always number one in that order.  There was a time when we had a couple of horses, a cow or two and a sheep.  When they came up from the back pasture Linda was always in the lead, two horses, the sheep then whatever cows were there.  That little parade always made me smile.  Linda was always the boss.

We had her until I was in high school.  I think my father was sad to see her go knowing she was his last goat.

Now we look out on the back forty that we spend all summer mowing, cutting trees and brush  in the fall and winter and talk about having goats to do some of that work for us.  I like to think that my goats would be more dog like in their manner but my memories of goats are probably skewed by the age I was when we had them.