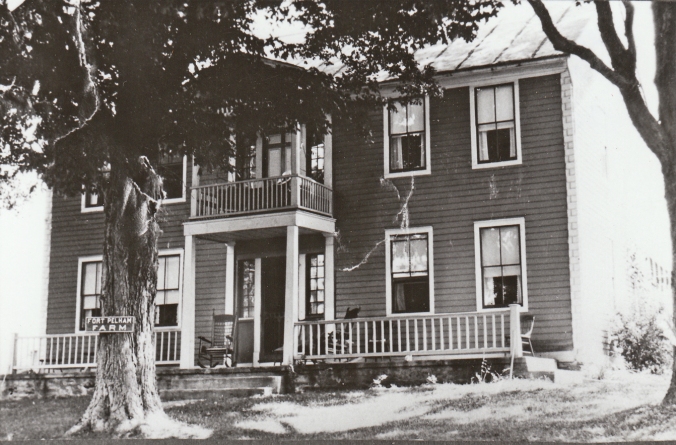 A common question asked is why is this known as Fort Pelham Farm?

The original parcel of land (the entire town of Rowe) was originally sold by the General Court of the Commonwealth of Massachusetts to Cornelius Jones who later sold most of the land in 1779.

” The land transactions recoded in the Franklin County Registry of Deeds show that the next owner of the Fort Pelham site was Dr. Pardon Haynes of Rowe, the town physician from 1788 until his death in 1834.  His estate inventory indicates that he was not only a “gentleman,” but a wealthy one, and by the time of his death he had acquired a great deal of land over many years.  The heirs of Dr. Haynes sold the property during the 1840s and 1850s to the Gould family.  By the first two decade of the twentieth century, it had passed into the hands of Edward Wright when it was known as Fort Pelham Farm.  The Fort Pelham Farm was sold in 1942 to Florence E. Neal, who presented it to the Rowe Historical Society in 1956.  The site (which had been open pasture until about 1930) had returned to second-growth bush and trees, and was not easy for the casual visitor to find.  Today, much of the brush has been removed and the site is marked by a large boulder with an inscribed stone plaque.” From The Line of Forts  by Michael Coe

The reference to the Wrights is where the name comes in.  With the advent of better transportation the town of Rowe became somewhat of a vacation spot.  It was advertised as a place of peace and tranquility.  The brochure below was probably used in the early 1900’s. 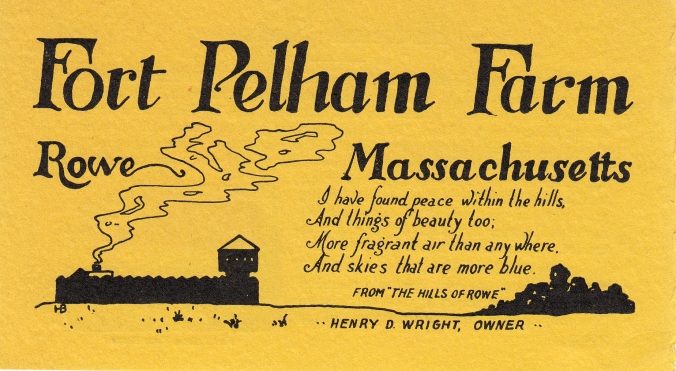 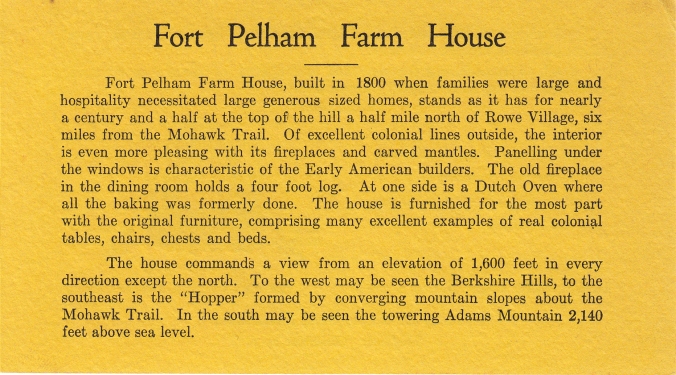 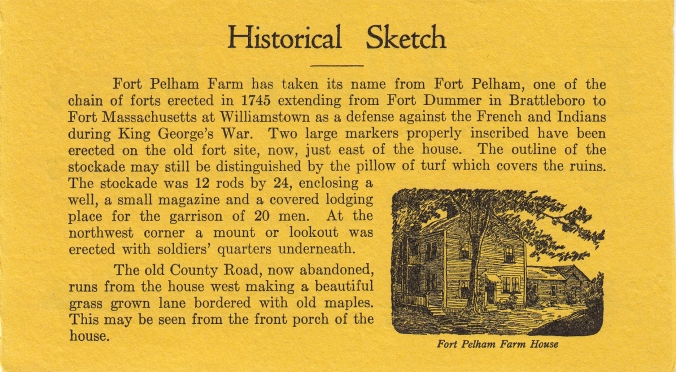 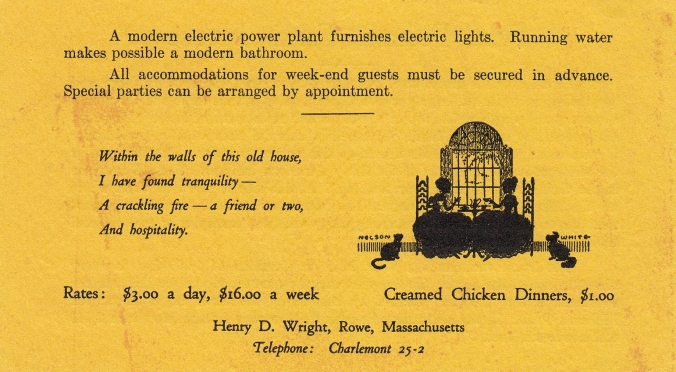 The dining room is the largest room in the house and remains very much the same as it was in 1900.  Photos show how it was set up for their infamous chicken dinners. 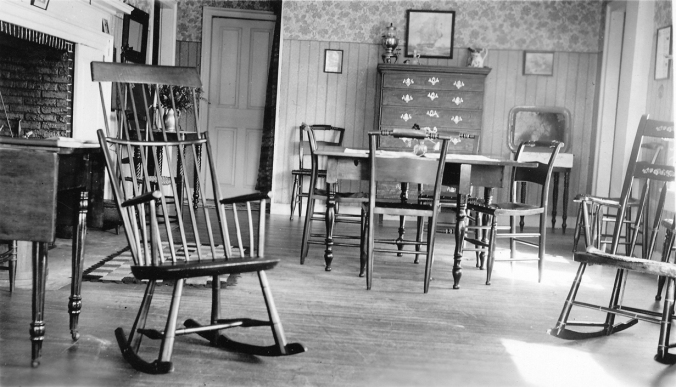 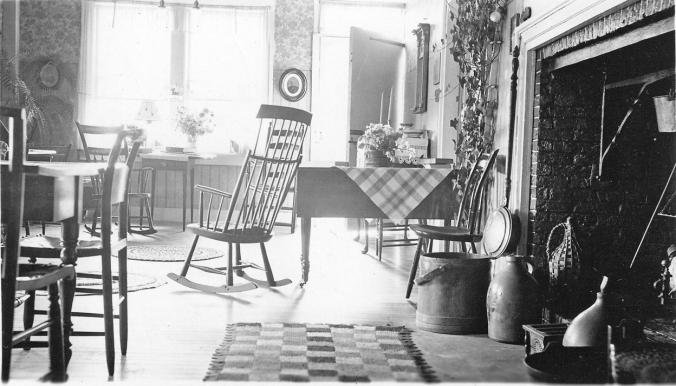 There are many photographs of people playing lawn sports on the property such as croquet.  What I find most interesting is the household chairs in the driveway. 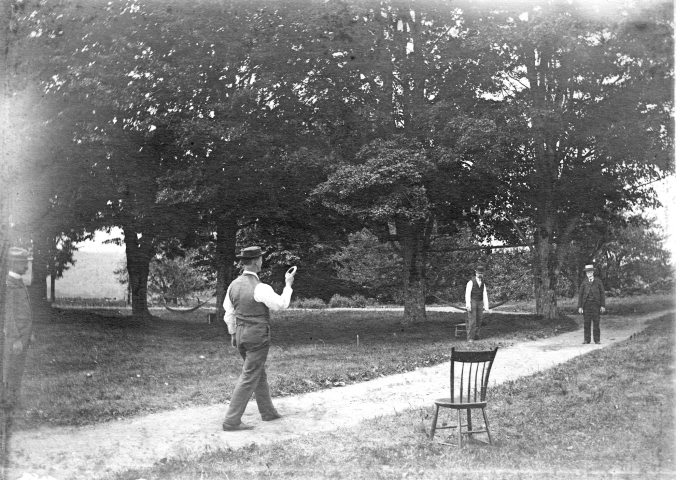 The Wrights took great pride in the history of their property.  The family had owned it since Pardon Haynes built it and moved in.  You have to wonder if the oral history of the fort was passed down for a number of generations, whether it was a sort of common knowledge within the family when they named it Fort Pelham Farm.   The name has stuck with the property and probably always will so rather than being known as the old Wright place or the Alix place it will continue to be known as Fort Pelham Farm.