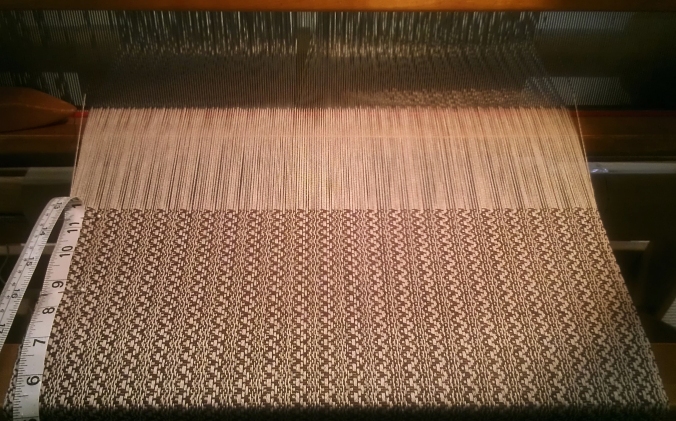 I arrived at weaving class 2 hours early on Tuesday with the idea that I would catch up – I was a towel behind in the Round Robin.  I decided to start with this undulating twill pattern. I remembered being told it would weave up quickly.  Sometimes it takes me quite a while to figure out what color to use for the warp but the person that wove the towel before me on this warp used the same color.  I love the way it looks, it reminds me of vintage fabric.  It took a little less than 2 hours to weave the 27″ for the towel and I wasn’t so fried from a complicated pattern that I moved on to another loom. 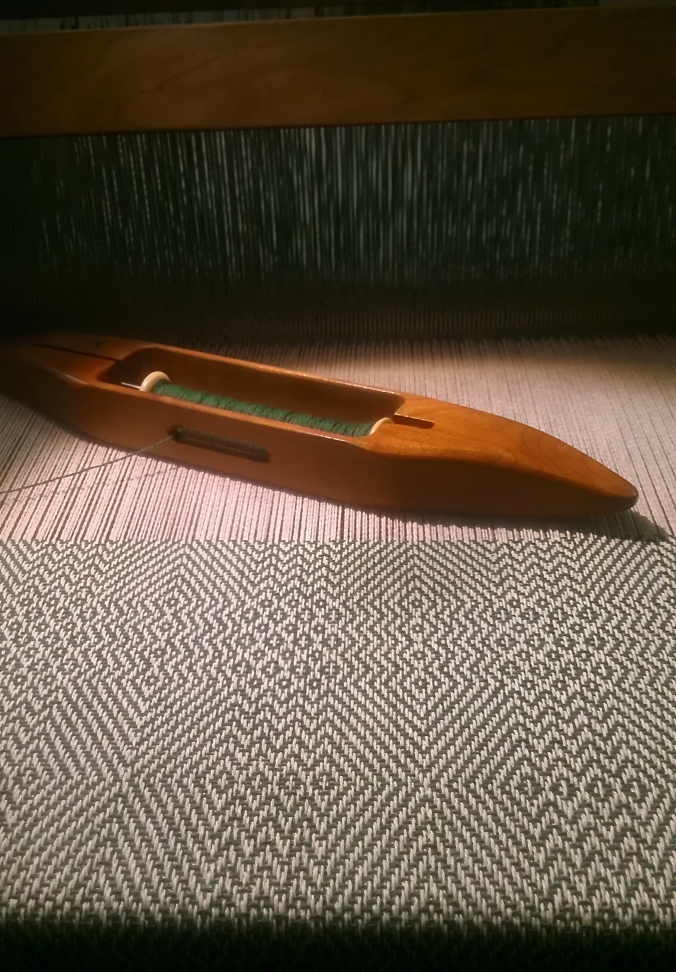 This is a Point Twill with Herringbone pattern.  I have to say it was really fun to weave.  The results are . . . interesting.

Both towels are made in 8/2 unmercerized cotton making a nice weight, absorbent towel – isn’t that all your really need?  I am now caught up with 5 more towels to weave.  I can’t wait to have them all off of the looms and start hemming (not).