There aren’t many times when I’m visiting a new place where I allow myself the time to see what’s around me.  I look at things but I need time to actually see them without distraction.  My visit to Fort Knox on the Penobscot river last Friday allowed me that time.  I had gone to the state park with the intention of going to the observatory at the top of the new bridge.  In order to do so you had to buy a ticket to the state park (a brilliant move on the part of the state of Maine I might add).  After making my expected trip to the top of the tower and looking at an exquisite view on a pristine, blue sky morning I began to photograph the shapes around me, not just the landscape. 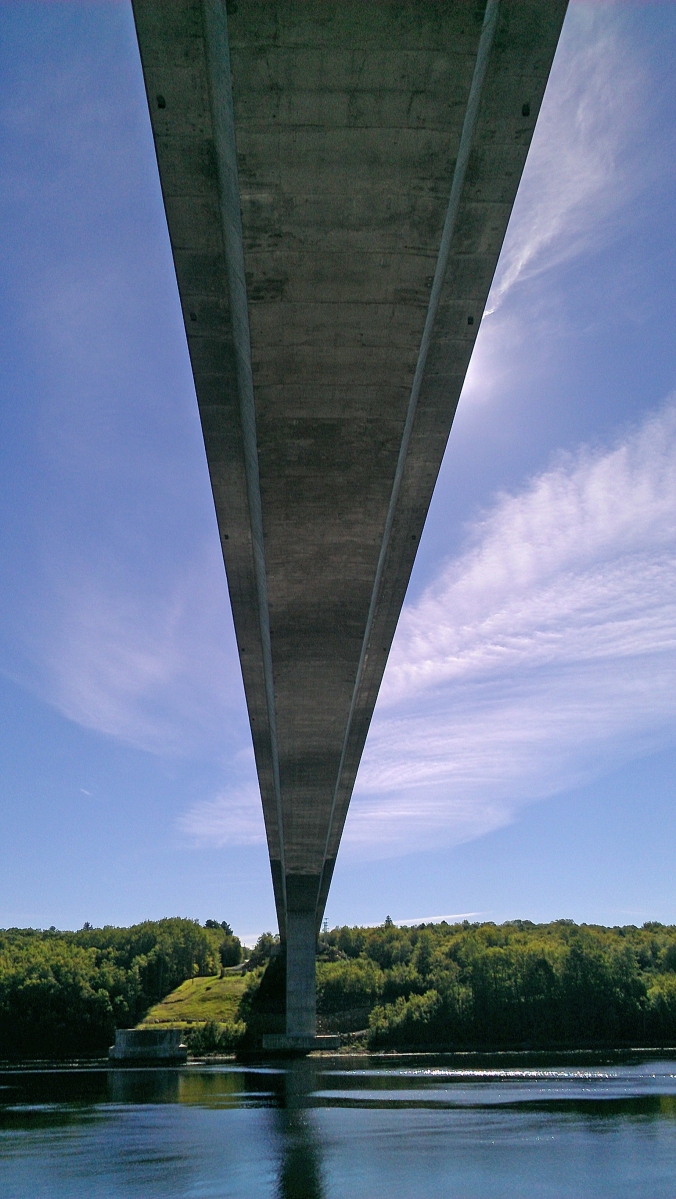 The bridge is an amazing structure.  I have to admit it was shocking to see in some respects, it looks so out of place in its modern design as you come around the corner on Route 1 and it seems to appear out of nowhere.  From the river it is stunning.  The sun on the water reflecting sparkling circles on the concrete above.

I had a few hours at Fort Knox State Park and for nostalgic reasons I figured I’d take a look around the fort. Old forts anywhere were always in our vacationing itinerary when I was a kid and I remember this one being a pretty good one.  I was more than pleasantly surprised. 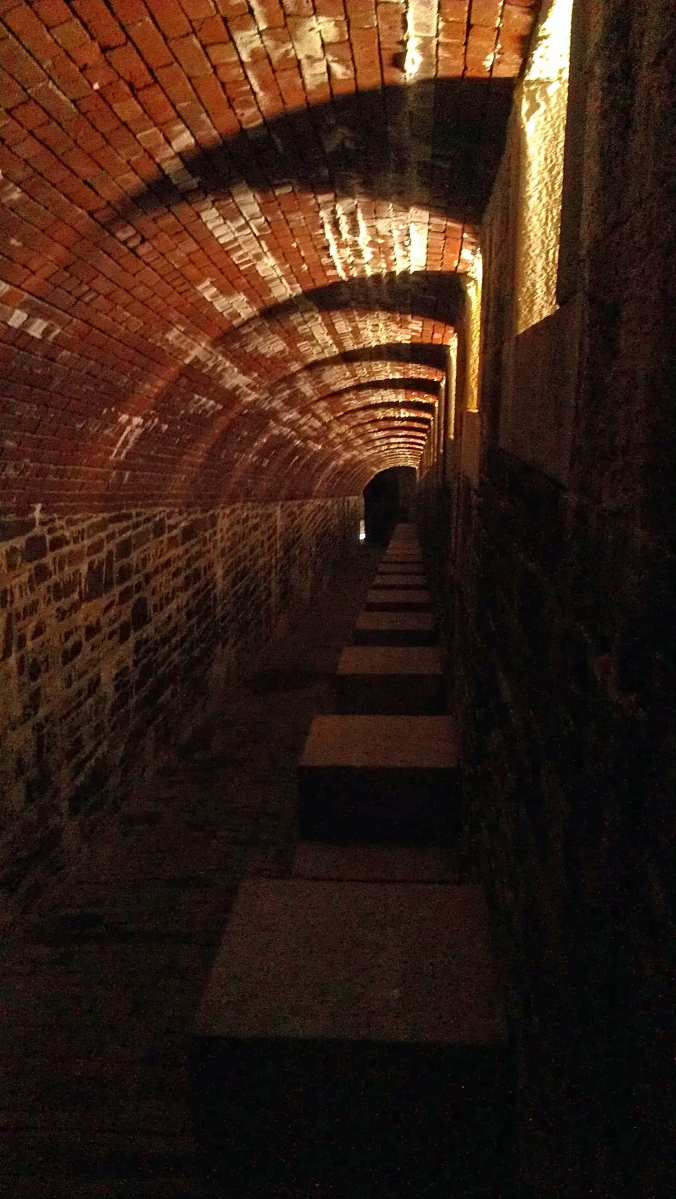 The fort is continually being restored and maintained but is a very large complex of earth, granite and brick.  And the light . . . oh, the light.  This was one of the first hallway/tunnels I walked into and it took my breath away. 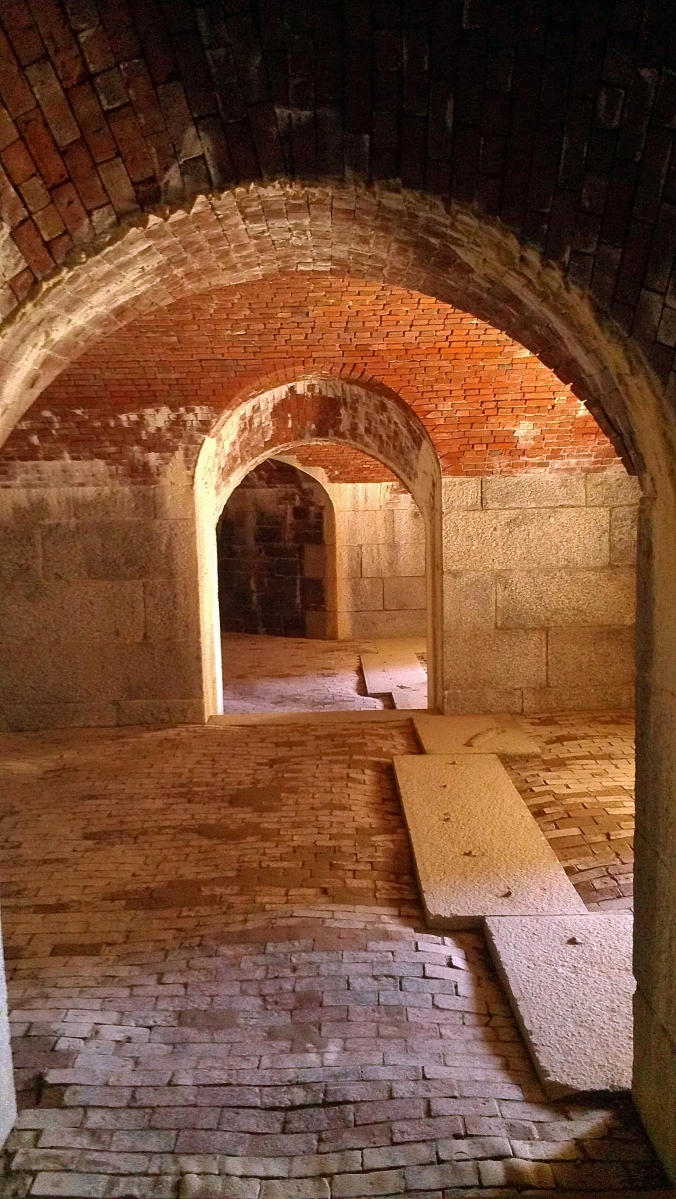 I continued to walk through tunnels with slits for windows letting the morning sunlight in.  I thought about the thousands upon thousand of feet that had walked across these brick floors from the Revolution on. 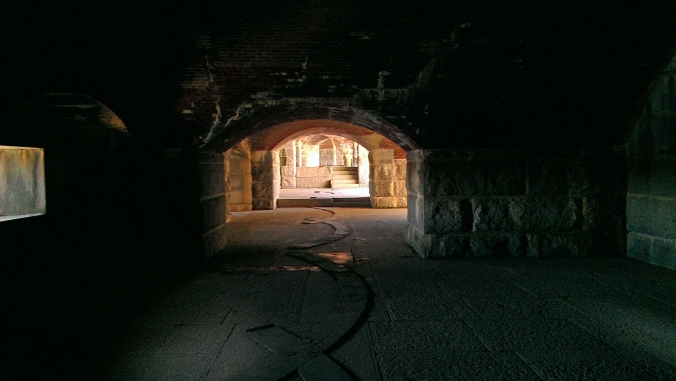 It’s difficult to think of something constructed so beautifully as being fully armed in preparation for defense from attack. 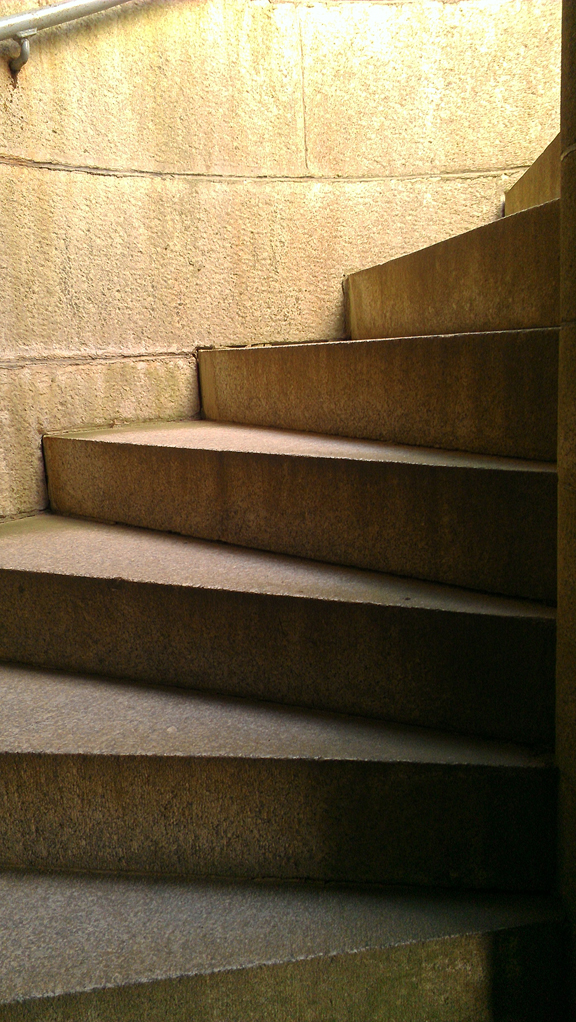 I played with the light for a few hours and walked around really in awe. 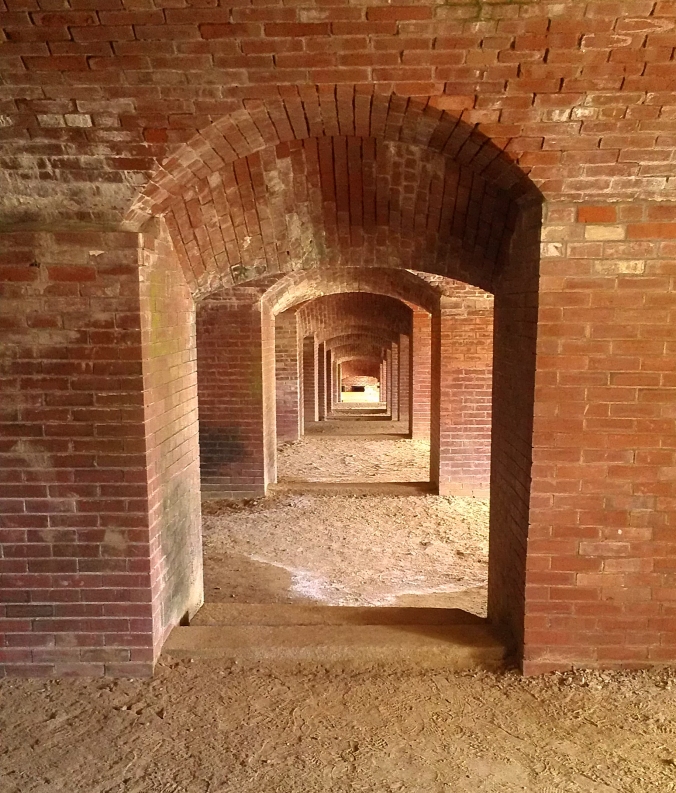 This was really the highlight of my time away.  It was quiet, I saw four people while I was there. I was allowed a few hours of solitude where I could just soak in morning light on arches.  Where I could allow my mind to imagine living here in anticipation of a fight to protect what I felt was mine.  Waiting, waiting, waiting.  I don’t believe a battle was ever fought here.

I can only speak for myself but photography like this is a very private, personal thing for me.  Of all the creative endeavors over the weekend this was really my favorite.  Most people around me don’t understand the need to be alone in order to be creative, to see what is in front of you.  I don’t know about you but there is just so much noise around all of the time – both visual and auditory.  Sometimes you just need to cloister yourself away in order to see, think and create.

3 thoughts on “Playing with Light and Structure”