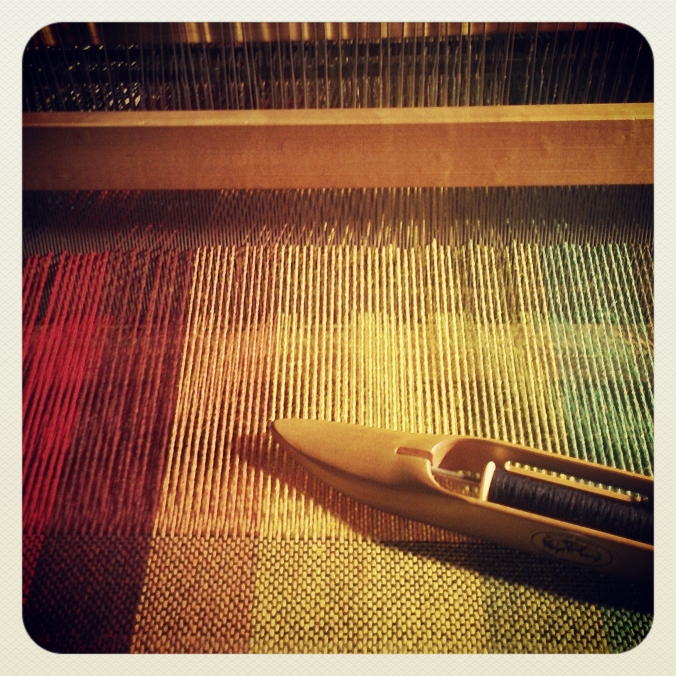 I thought I’d post a couple of photos of the progression of the gamp I’m weaving.  This is in Harrisville wool.  The weather finally broke and we are back to tolerable temperatures.  I did a lot of weaving this past Sunday and a little on Wednesday.

I have to say that this project has taught me a lot more about weaving than color interaction.  I’ve had a couple of issues with the tension on my warp (which I’ve corrected) and I also broke a warp thread the other night.  That was a bit more of a challenge figuring out what would work and what wouldn’t.  It broke between the heddle and the reed.  I thought I could knot a new thread in – not.  So I just put a new thread from the back to the front and weighted it like I’ve done with a broken floating selvage.  It worked I’m happy to say.  The best part was the lack of panic on my part, I just figured out how I could make it work.  Six months ago that might have been a problem, I would have had a more difficult time figuring it out.

I hope to have this off of the loom this weekend.  As beautiful as it is I’d much rather be doing overshot, plain weave is just so boring.