We gathered sap for the first time this past Saturday.  The day was gloriously warm – over 50 degrees.  As you can see by the muddy road spring suddenly sprung.

Bill is pouring the sap gathered from the buckets on the trees into a tank behind the tractor (driving the tractor was my job).

We started gathering just as the sun was going down.  I’m not sure how many taps there were where there were buckets.  Most of Russel’s sugarbush has pipeline. 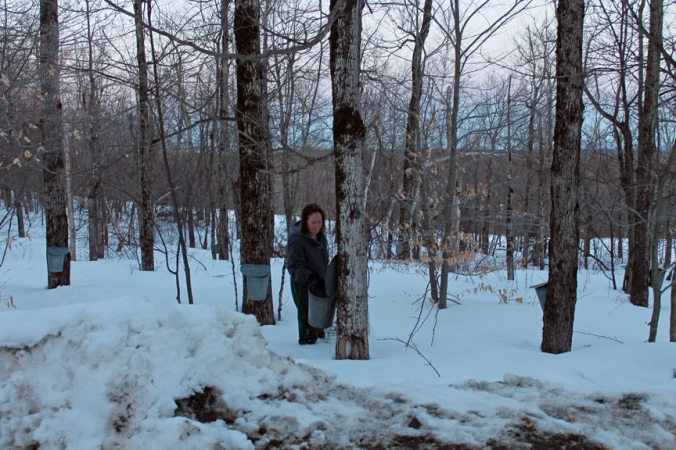 This gather was particularly difficult because the trees were tapped before the last snowstorm so the walking was difficult. 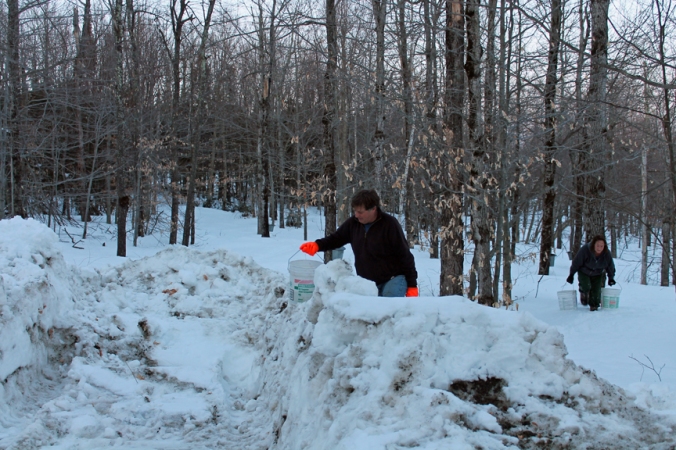 Especially since the town had winged back the snow banks.  Does this look like fun?!?  Although Russell wearing his florescent hunting gloves gave us fodder for ridicule.  You always need something to laugh about when you’re doing something this tedious.

The buckets were only about a quarter full on every tree so you didn’t really feel like you were accomplishing a lot.

It was getting darker and I was wondering if we would be doing this in complete darkness before long.

But as we continued to say, many hands make light work.  If we thought about how long it would have taken with two people doing it this didn’t seem that bad. 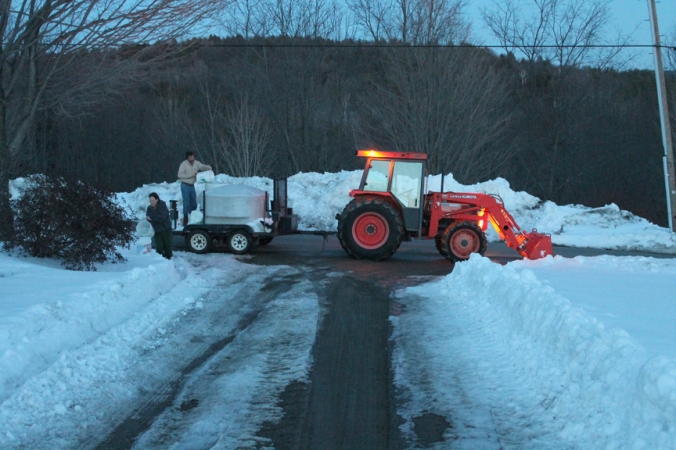 The photo of the tractor doesn’t really tell you how dark it was – there should be complete darkness with the headlights showing.

The tank was probably a quarter full when we finished but Russ and Bill pumped the sap from the other storage tanks on the pipeline into the sugarhouse and it was enough to fill the rig and check for leaks.  The first boil is a little more stressful than the rest because you don’t really know what kind of issues will crop up.  The equipment is only used for maybe a month once a year, stuff happens.

Sunday was even warmer than Saturday but the sap still isn’t running strong yet.  It may be that the snow is really insulating the feet of the trees, so as the snow melts the sap will run more.  We’re looking forward to a nice long season this year.