We enlisted the help of Paul and began the day by taping all of the doors in
hopesof keeping most of the debris in the room. The house has a lot
of exterior doors so we have to use the front door to get upstairs and stay
out of the rest of the downstairs rooms. 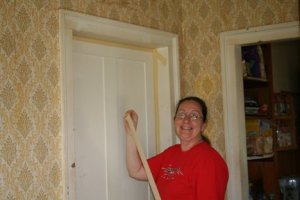 Keeping the dust at bay was the plan.

Trying to protect what we can – even though the floor is a mess already. 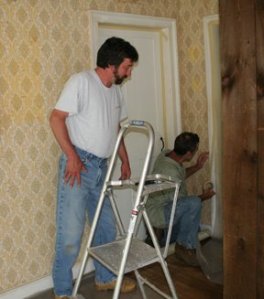 Paul covering the only open doorway. 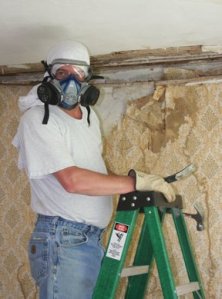 Bill looking a little more Middle Eastern than he really is.
He’s learned from experience that this is the only way to dress
for this sort of thing. 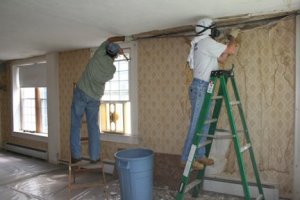 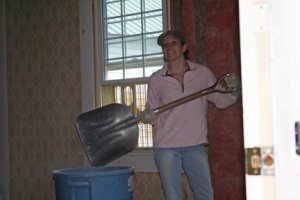 Cait was volunteered to help. She’s home from school and jobless
and she can be a great help if she puts her mind to it. 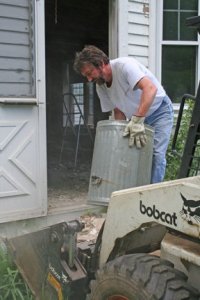 Moving the plaster out of the house. 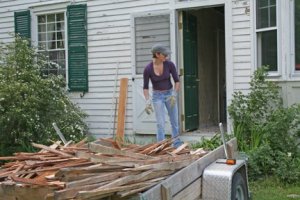 Cait taking out the lath. 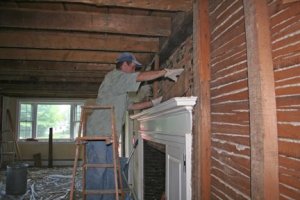 done when the stoves were in the house. Another job discovered. 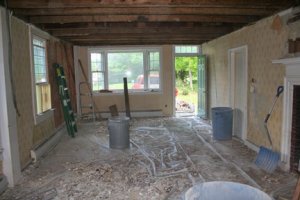 The ceiling is down and Cait’s cleaning up. 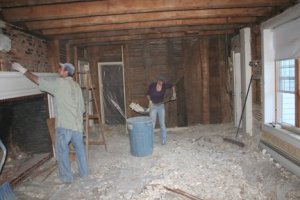 Then we discovered that the beam on the second floor on the outside
wall had a lot of rot and decided to call in the big guns
for an opinion. 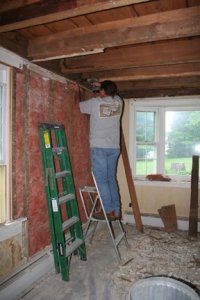 Russ came over with a promise of food and brought his tools
with him (I don’t think he leaves home without them). 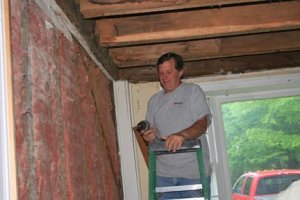 So once again he’s the hero because he’s the only one who really
knows what’s going on in this type of job and what
you have to fix and what you can repair.
More to come.